Congratulations to Christine Williams, our 2013 WHO winner!

Congratulations to Melissa Woods, VUSD’s teacher of the year! 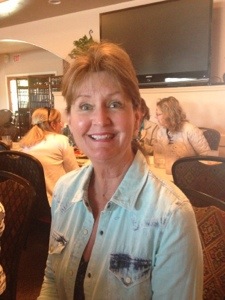 What qualities account for gifted teachers?
Certainly enthusiasm, expertise in subject matter, knowing how to treat each child with respect, showing consistency and fairness when the time comes for discipline.

Other qualities include being creative, independent, spontaneous, practical, and perhaps harboring a willingness to bend the rules occasionally. For often it is the least orthodox teacher who makes the biggest difference in the lives of students and their continued success, in and out of class and beyond.

Consider the approach of Melissa Woods, a fourth-grade teacher at Alamo Elementary and recently named as Vacaville Unified’s Educator of the Year.

“Music, merriment and laughter” are some keys to her effectiveness as a teacher, she said Tuesday, which was National Teacher Appreciation Day, fielding questions from a visitor in between lessons for her 27 students in Room 13 at the South Orchard Avenue school. The national designation came one day before the California Day of the Teacher, this year themed “California teachers: Honoring our past, guiding the future.”

A graduate of California State University, Sacramento, Woods believes in the essential role of the arts — and just plain fun, like dancing and singing — in balancing out the rigors of core subjects, such as mathematics and English language arts, to forge well-rounded students.

This year, she wrote a classroom play in which everyone had a part, she noted, then pointed to a karaoke machine off to one side of her brightly lighted room.
“My students know that if we work hard, we also get to do fun things,” said Woods, who, earlier in the morning, administered a Standardized Testing and Reporting exam, the results of which are used for student and school accountability. “When you reduce stress, it opens up your mind for learning.”

And the learning includes not only academic subjects but it also includes “life skills,” she said, adding, “I feel we should teach character development in school.” Among those dozen or so traits are integrity, initiative, sense of humor, the definitions of which are clearly displayed on small posters lining a wall, next to the writing board and illustrations of the cursive alphabet.

When another classroom visitor showed up, it was time to dance to the tune “Shake, Shake” and follow its instructions, like clasping hands together and moving them to make a square and a circle, reminders of geometric shapes. Her students stood up from their desks and prepared to move.

“Be silly, be happy and do your best,” said Woods, a liberal studies major who has taught for 18 years at Alamo and became a teacher because many told her she was a natural at it.

Then it was time to read from “How to Beat the Bully,” a story that she read with dramatic flair, the children gathered around her, listening closely for plot twists and to the dialogue.

To her, the qualities of a gifted teacher include accepting each student as they are and treating students with respect and kindness.

A good teacher also should have high expectations for their students, be flexible, “and it certainly doesn’t hurt to have a sense of humor,” Woods said.

“I try to make all the children feel good,” she said.

Superintendent John Niederkorn said Woods’ path to being named the district’s top educator started with being named Teacher of the Year at Alamo. From there, she was considered for the district honor by VUSD administrators. They evaluated each teacher’s “commitment and effort,” he noted, adding, “It’s more than a job. In many ways, it’s a calling. For Melissa, that’s very much the case.”

Niederkorn, himself a former kindergarten teacher, said, “Kids very much bond to that kind of individual.”

A good teacher, he noted, “finds a way to help” each child with their individual needs.

To Woods, teaching is both “art and science,” but asserted, after some reflection, that it is “definitely an art.”

“If you don’t really have the ability to work with a large variety of humans,” then a person will struggle to be an effective teacher, she said.

One way to measure her effectiveness is feedback from students and parents.

This past year, one parent told her that she makes “all the kids feel important,” Woods recalled.